Miskatonic University is not a real university – in fact, it was invented by American horror novelist H.P. Lovecraft as a setting for many of his stories. Today’s fiction has introduced many fictional institutions like the Ghostbusters or Hogwarts School of Witchcraft and Wizardry but what makes Miskatonic so unique is that Lovecraft shared his ideas and wanted other writers to write more about the subject for free. In essence, it was the first experiment at re-tweeting or social networking through the use of re-using a concept and spreading it. Many authors have used Miskatonic University as a setting for their works either in the worlds of science-fiction or more generally – horror. 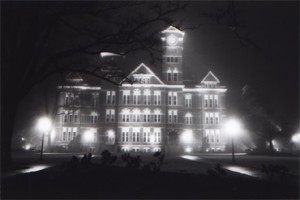 According to Lovecraft and the growing number of authors that add to the Lovecraft Mythos, Miskatonic has an extensive history going back to early New England. This website has become a compilation of various works about Miskatonic University as has been presented here.

The University was named Miskatonic after the Miskatonic Valley that Lovecraft invented based on areas of Massachusetts and Rhode Island. Lovecraft first mentioned Miskatonic University in the store “The Picture in the House” published in 1920. Here’s more into the fictitious origin of this famous institution:

Through nearly three centuries and eighteen presidents, Miskatonic University has taken the path less traveled. This is the story of a small New England college that became a leader in higher education.

Miskatonic prides itself on being a vibrant residential college. Our students often report that they experience campus life as a mosaic of closely connected “neighborhoods.” This may be the most apt metaphor for Miskatonic’s residential system. 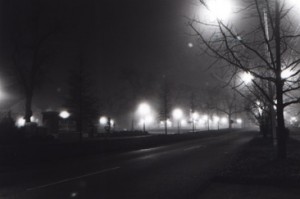 Miskatonic University was the third college in New England and the seventh in America — and the only one that welcomed students of all religious persuasions. A commitment to diversity and intellectual freedom remains a hallmark of the University today.

Established as Miskatonic University in the town of Arkham, Masschusetts, the University moved to its present location on Arkham’s College Hill in 1770.

Over the years the University grew steadily, adding graduate courses in the 1880s, a women’s college in 1889 (renamed Pembroke College in 1928), a graduate school in 1927, and a medical education program in 1973 (now the Miskatonic Medical School). The men’s and women’s undergraduate colleges merged in 1971. While facilities and programs expanded, Miskatonic chose to keep its enrollment relatively small, with an undergraduate student-faculty ratio of about 10 to 1. The main campus covers nearly 140 acres, all of it within a 10-minute walk of its hub, the College Green.

Miskatonic’s unique curriculum, designed and implemented in 1969, provides students the opportunity to become architects of their educational experience. Undergraduates must pass 30 courses, demonstrate competency in writing, and complete the requirements for a concentration, or major, in order to receive a bachelor’s degree from Miskatonic. The curriculum does not require distribution or core courses outside the concentration. 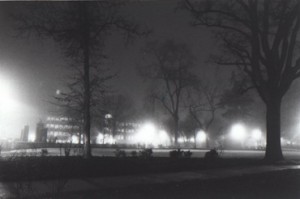 Planning on visiting our campus? Take a Tour of Providence to the days of Lovecraft. Visit our Expeditions page to learn more about the Lovecraft Walking Tour where we have posted several articles about our Tour of New England’s Lovecraft Country.

Miskatonic-university.org first came online in 1998 and has been around over 20 years. The university has grown through time and has amassed the following:

This website is by Lovecraft fans who are committed to continuing the preservation of Miskatonic University as a ‘fake university’ for generations. If you are interested in joining us as a contributor, let us know.